Adventures of a Knowledge Manager 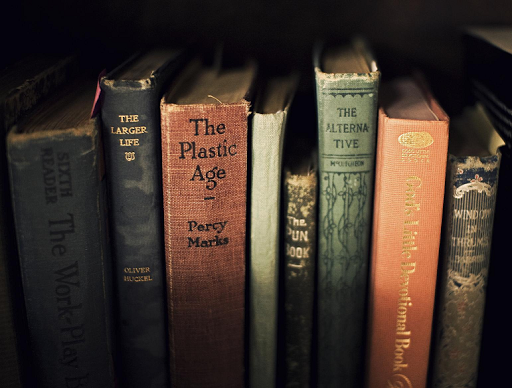 April 19th 9.30 pm, I’m driving out of Liverpool having just attended a Knowledge Café on ‘Storytelling’. I’m feeling enlightened, excited and a little ashamed. Ashamed because of my somewhat unfeeling attitude towards the discipline prior to the event and this was despite reading several papers describing it as a tried and tested knowledge management practice.

One contention is that PowerPoint as a presentation tool simply doesn’t work. Having read a well-researched paper a former teaching colleague wrote about it I would have to agree. There had to be a better way and I guess the very phrase ‘Storytelling’ did at least sound a little more exciting than  Microsoft’s offering or merely delivering a speech.
This particular Café was hosted by two delightful ladies, Elizabeth Gates and Lisa Rossetti, both professional coaches and expert storytellers. They began the event by explaining their profession and then asking the other café members of their experiences of the area. I was quick to admit that it wasn’t a concept I was familiar with and had therefore never used it. Or so I first thought. It then dawned on me that I had told my fair share of stories during my working life (the majority true may I add!). More recently I was encouraged to tell a story about my work experience in the form of a competency-based interview when being shortlisted for my current role.
Likewise I remember explaining the concept of Communities of Practice to a senior management member by actually beginning my pitch with “can I tell you a little story?”
It actually went something like this…
“Workers in a factory would meet every Friday afternoon in a local coffee shop. Here they would spend time sharing their practices, insights and ideas about working on the production line that week. One day a new Operations Manager was appointed and asked where everyone was on a Friday afternoon. Upon hearing that they would take an early lunch he immediately banned these get togethers as an unproductive use of employee time. After all, that time could be better spent in the factory, increasing production and therefore profit for the company. The outcome was that staff morale dropped, as did new ideas and attrition rates also increased. The only thing that had changed were these Friday afternoon informal meetings…”
Admittedly I did feel a bit of a loon telling it at the time, except it seemed to describe a business justification for Communities of Practice in an extremely compelling and effective way. I suspect the story listener, (an intelligent and respected senior manager) would have no-doubt used his own experiences to fill in the gaps on what the factory workers looked like or the industry they belonged to. Surprisingly though he didn’t feel the need to ask me to for any supporting evidence or where I’d actually heard the story from. I guess it really didn’t matter as he just seemed to ‘get it’.
Elizabeth described how Alice in Wonderland was one of the most cited books in Management talks.
‘In our country,’ said Alice, still panting a little, ‘you’d generally get to somewhere else – if you ran very fast for a long time, as we’ve been doing.’ ‘A slow sort of country!’ said the Queen. ‘Now, here, you see, it takes all the running you can do, to keep in the same place. If you want to get somewhere else, you must run at least twice as fast as that!’
The same concept applies in business. In today’s competitive business environment only continual improvement can keep you on par with the competition and getting ahead can sometimes take a truly huge effort.
Lisa mentioned how one speech she delivered in the form of a story was commented on by ‘those in the know’ felt that technically speaking its structure wasn’t the best. Yet everyone in the room was gripped by it and several had tears in their eyes. I can believe this too. A good story has a way of capturing a persons attention in a way that conventional presenting could only hope to.
So I’m not going to start turning up to work with a long robe on or start every sentence with “Once upon a time…” and finish with “and they lived happily ever after…” I’m also not suggesting that conventional presentations don’t serve a purpose. I am now however of the firm belief that storytelling could and should be utilised as a method to embody and transfer knowledge, build communities and enhance technologies in KM programmes, as well as being deployed as a communication technique within companies in general.
Having recently sat through two solid days of PowerPoint presentation after presentation it did become pretty painful at times – even with the most charismatic of speakers. At least there were enough coffee breaks and this of course gave us plenty of opportunities to share some stories…
For more information on attending North West England Knowledge Cafes, join the Knowledge Café 0151 Groupsite run by Peter Bond HERE
The End